or the Mysteries of the Dirty Saints 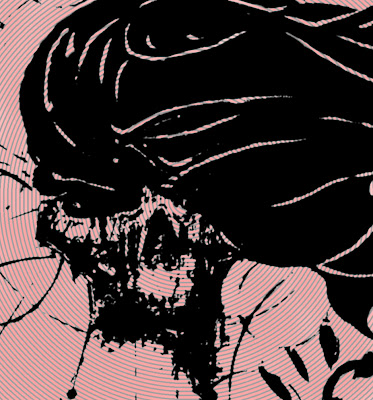 The two concepts that I remember dominating the Chaos Magic communities in the late nineties were the dynamics of invocation and evocation and whether the prescribed limitations as laid down by Peter Carroll for the Illuminates Of Thanateros (henceforth, IOT) still held any value.  Among that number were a group of hard-core and resourceful practitioners who invested themselves completely in a given paradigm to explore the system of thought which underlay the system of magic, this sort of immersion was held in particularly high regard by the Discordian Saints because it was often hilarious.

A core principle among the Saints was the idea that belief itself was simply a tool of the conscious process.  The Discordian motto; either your religion is a joke or your joke is a religion, was often cited in debates between the Saints regarding the role of faith or belief in the individual process.  So there was an ever present undercurrent wherein legitimate attempts were made to understand many of the traditional ceremonial paradigms.  Dope smoking punk rockers spending three to six months reading the bible every day, morally judging everyone around them and wailing and repenting for their lives of unending sin, all to meet Abramelin’s guardian angel.  Those practitioners who were willing to extend themselves beyond the confines of personal or popular convention, even at the cost of personal embarrassment were widely held to have the best juju.

This practice was one of the main reasons for the emphasis on ego-death among the Saints.  After locking oneself into a system of belief there is only one way out and it’s the hard way, catastrophic deconstruction or the 16th Arcana.  Upon which the individual would apply what they had learned to their own paradigm.  Ego-death was also a popular concept among the more traditional Chaos Magicians, elevated in importance by Carroll’s assertion that it was the ego which the sorcerer had to set aside to truly empower an act of magic and that this took place only at the moment of death or sexual rapture.  Hence his pseudo-deity Thanateros (Thanatos/Death-Eros/Sex) commonly identified with Chaos Magic in the late nineties.  In this regard many of Carroll’s thoughts could be considered a sort of post-Freudian paradigm, a mechanical realization of Freud’s contention that it was the desire for sex and death which underlay our conscious actions.

The Saints took an increasingly fluid perspective on the ego, realizing that no matter how many times you kill that thing it comes back.  That after a few immersions and subsequent ritualized ego-death’s the whole thing got pretty ephemeral.  I had the great privilege of gaining my Sainthood through the infamous collective known as the Children of the Nails, who were provided with an invisible hub on the now defunct chaosmagic.com forums from which to concoct our mad schemes.  In that space the Saints had room to experiment and explore without fear of censure, which the public boards would often explode into.  They took on some pretty risky concepts (at the time) like personality fragmentation, demonic possession and the chemically augmented extremes of animist shamanic ordeals.  The noise was the same back then; working with the spirits like that is suicide, working with consciousness like that will turn you into a psychotic schizoid, I know a guy who knows a guy who had a friend that said Papa Gede’s name backwards and his ass fell out and his dog exploded.

By the end of the nineties even the initiates of the IOT emphasized offerings and sacrifices as immensely practical in any work with personal servitors (akin to the Buddhist concept of a tulpa) and egregores (which was thought of as a metaphysical reflection of something that many individuals believe in, somewhat clumsily and occasionally offensively lumping together conceptual objects like an animist deity and Coca-Cola’s brand identity).  Even the least superstitious Chaos magicians most of which had evolved past the simplicities of Carroll and Freud into more fertile ideologies like those of Brian Gyson and C.G. Jung, had retained their emphasis on animist ritual practices (mantra, offerings or sacrifice, sigilization, devotion, talisman etc.) over western ceremonialism.   Also in an effort to distance themselves from conventional western ceremonialism, many of the Discordian collectives focused on the overlap between their ideologies and those of the eastern spiritual disciplines with a particular emphasis on Zen and the twisted Buddhism of the Beats.

It pleases me immensely to learn that a trend for creating altars for the dead and the ancestors has broken out among young chaos magicians, a most empowering and profound observance.  Many have gravitated towards more traditional Hoodoo because of the realization that that’s how they have been working it all along and that a great untapped wealth of information lay there.  Ultimately, the allure of these practices for young Chaos Magicians lay in their obvious capacity to liberate the practitioner from the contrivances of questionable gurus and mentors out begging for change among the neophytes and the barbarous autism of contemporary academia.  While the caution that meaningful investment in Los Muertos or the Palo can have legal ramifications is not without merit (in America and Mexico, notable Christian enclaves,) the concern should be placed within its greater context.

The FBI profile of ritual criminals I cited in Obscene Promises nevertheless gives top-slot to Satanism and associated forms of diabolism, not the Paleros and Santeros.  The profiler explicitly states that while a practitioner of Palo or a devotee of Los Muertos might engage in an activity that they know to be illegal (prostitution, illegal immigration, drug trafficking, etc.) they do so because they do not believe it to be inherently wrong.  On the other hand the Satanic antinomianism more readily idolizes actions deemed morally or socially reprehensible, so they still get top slot in America as far as legally questionable belief systems go.  Don’t murder pets, other people’s livestock or people and I am pretty sure you’re good regardless.  The fuzz is solid like that, a lot of law enforcement are just as superstitious as their criminal counter-parts and from what I hear you could do worse than have the veve of one of the Orisha out on the day they finally show up.

This is twice now I have referenced that FBI profile in this blog and I would like to again state for the sake of my readers that I am not in any way advocating or endorsing the judgments of the profiler.  I just think it is important to clarify the discussion regarding this point.  Any of us that have opted to hang out the shingle will at some point encounter the fuzz, it’s an uncomfortable yet strangely liberating initiatory ordeal like getting your cherry popped.