or An Attempt to Idenitfy Saturn in her Decans 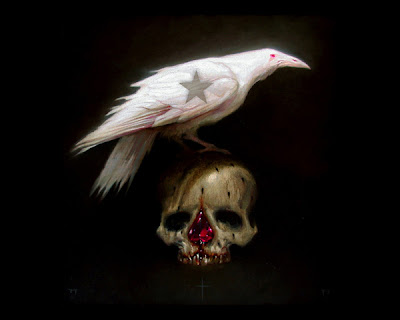 Saturn in her decans? I hear you saying. Her decans. We know that there was hidden formula in the goetic and grimoire texts. We know because there is holes in the information they have left. This does not in any sense come as a surprise to the critical thinker, those mysterious karcists who penned these works were mysterious out of necessity. One of the most infamous periods of activity of the necromancers of European sorcery were the Poisoners of the Court of the Sun King.
It is often suggested that the alchemical texts from the renaissance and later periods were also encrypted with false or misleading information so that the true student would have to truly grasp the work to perceive the hidden (occult) meanings of the texts. It is possible that a similar motivation underlay the motivations of the authors of the grimoires but it feels unlikely that is the whole of it in a deeply intuitive sense.
While the scholars quibble over the correct structure of Abra-melins acrostic squares and the spelling of phonetic mantra's one can't help but despair. Worthy tasks for certain but the alchemists weren't making spelling errors to throw you off your game, these were smart men being crafty. Great and elaborate cyphers became necessary to decode the alchemical texts. One was compelled to actually participate in the Great Work to truly decipher the hidden secrets of the alchemists. I have come, over many years of active experimentation with the grimoires to regard them in a similar light. Though the object of these works differ from those of the alchemical magics and the motivations of their protagonists are often strikingly mercenary, they were also written by smart men being clever.
Two great and hideous weaknesses became apparent over those years. An almost complete inability to access the daemons of the feminine currents of western necromancy (which is a curious thing since they are right there in the history of it but not the handbooks of those who engaged said history,) and another almost completely synchronous absence of formula by which one might engage the daemons of astrology's grand malefic saturn (which is also curious since the texts of the grimoire traditions are heavily influenced by the astrological models). These are, if I don't say so myself, pretty marked and notable absences. To the astrologers of the same era, saturn is the grand malefic and the source of the dark and material magics as well as the much observed marker for trouble and illness. Whats more, the feminine current in the European traditions has always been notoriously potent and its daemon are well recorded in the histories and folklore. Pretty strange that the mercenary necromancers of this same era almost completely neglected this in the majority of what remains of their texts.
Interestingly, upon further investigations it is made apparent that it is to saturn that the darkly sexual current of the primal feminine is associated in much of the mystical literature of the era. "Gregorius held that the negatively polarized manifestations of Saturnian and Lunar forces were, on Earth, incarnated in the forms of women, who are the vicars of the Luciferian Principle. The sometimes ambivalent attitude toward this principle leads to an ambivalent stance toward women as a phenomenon. It is even stated at one point that the esotericist should seek to free himself of the feminine daimonium by means of sexual magic. In contrast, men are esoterically the manifestation of the Solar and Jupiterian forces. For sex-magical work, of course, women are seen to correspond to the planet Venus, and men to the planet Mars." (Fire and Ice, Edred Thorsson.) We see this perspective not just in the adepts of the Fraternus Saturni but in many of the sorcerous models of the gnostic greeks, hebrew, egyptian and assyrian/babylonian. Our study is then simplified as we come to realize that the resolution of the absences in the grimoires is really in actuality a singular event.
Much of the earliest of the eastern european necromantic texts (such as the CLM 849) were in fact clerical adaptations of indigenous witchcraft which has always embraced this current for obvious reasons. This relationship is nonetheless reinforced in such texts as Solomons Keys wherein the saturnalian decans are given primarily to venus and the moon which as has already been established are notable feminine aspects of the current. As well, in the cases of the more definitively astrological models like Francis Barrets 'The Magus' saturn is treated among the rest of the planetary signatures as it is in most of the grimoires. Providing one with at least a circuitous route to their object. It is conceivable that it was this information that the crusades of the Inquisition sought to erase, this is hinted at in a very direct manner in the journals of John Dee regarding his work with Kelley. Dee and Kelley like any contemporary practitioner to this day making use of the grimoires, began with the daemons of venus. In their case the spirit Madimi but she led them ultimately to Lilith or at least a very dark feminine manifestation. It gets better, since in classical european witchcraft it is these very figures which serve to initiate one into the magical disciplines.
Tantalizing, no?
Posted by Kdjshhskms at 10:51 PM