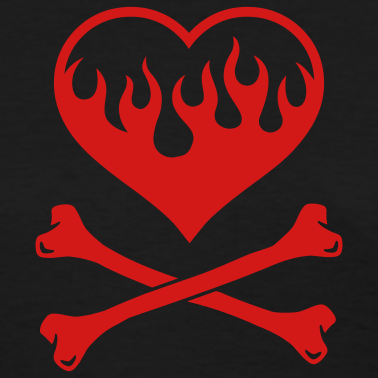 More than a year has passed since I discussed the Scottish Referendum as an absolute certainty.  Back then the idea of a Yes vote seemed unlikely to me but it was always going to be close, had to be close to accomplish what I felt were the underlying necessities that propelled it.  My point of reference for that analysis was my own experience as a Canadian with the Quebec referendum of 1995.  There remain all the similarities I originally discussed but there are also some distinctions which have made the possibility of a Yes vote in Scotland seem increasingly possible to me as I have been watching the drama unfold over the last couple weeks.

When Quebec went to vote Canada had perhaps its most charismatic Prime Minister since Pierre Trudeau (under whom he had served as a cabinet minister), a Frenchman by the name of Jean Chretien.  An astute Liberal who had salvaged and renegotiated Canada’s place in NAFTA averting an economic disaster orchestrated by the previous Conservative leader, Brian Mulroney.  He had also implemented a federal budget which significantly reduced national debt, so much so that the budget of 95 is often held up as a model for national deficit reduction.  These are important juxtapositions to the current state of affairs in the UK, currently lead by a deeply unpopular and charmless Tory almost universally reviled in Scotland who has led the UK into a very nearly unmanageable deficit which currently accounts for almost the entirety of the unions GDP.

These are important differences.  When Quebec said it would seek a currency union with the rest of Canada, Chretien could say it wouldn’t happen and actually be convincing.  With a manageable debt load, he held all the cards at the bargaining table.  Scotland on the other hand can leverage the runaway debt in the UK in its pursuit of a currency union.  In the event of a Yes vote, and a further weakening of the Pound, England would be hard pressed to avoid default especially with the loss of the tax revenue generated by the oil and natural gas operations in the Scottish North Sea’s.  If England wants an independent Scotland to assume responsibility for a portion of that debt it would have to give Scotland the currency union it seeks.  In fact, a currency union would necessitate Scotland’s assumption of a portion of that debt.  A third factor is that Scotland generates most of its revenue internally, whereas England relies mostly on foreign holdings.  I say this is a factor because it means that a weakened Pound would hurt England considerably more than it would Scotland.  It is hard to sell your shit when no one can afford it because of the exchange rate.  To illustrate, have any of you in the America’s ever purchased anything from the UK and realized it was going to cost twice what you expected?  England casually imports while Scotland struggles to export.

So when the British Prime Minister Fishlips Pastyface (that’s his real actual name) says a currency union is out of the question, he is frankly full of shit.  Scotland actually has an unusually strong bargaining position for a nation undertaking independence.

Finally, the 2 factors I consider most pivotal, the movements of the heavens and the not-so-secret architect of your fates Mark Carney.  If you will recall it wasn’t politics or media excitement that lead to my certainty that the referendum would come to pass, it was the establishment of Carney as the governor of the Bank of England.  Carney has recently intimated that he already has a notion of the political concessions he would require from Scotland in the event of a currency union.  I find that telling.  Also, the referendum is expected to elicit a 10% devaluation in the Pound Sterling while parity with the Euro would require roughly 20%.  At 10%, every billion to leave the EU would lose 100 million to the exchange rate.  It needs to be closer than that.  If it was to drop farther than 20%, even if only very briefly while the new rules of the union (Carney is right when he says that a currency union is not true political independence, this would be a new set of rules for the union and not the birth of an autonomous state) were being established an enormous profit could be turned in the exchange.

There will be a very loose grand cross hanging over Scotland when it comes time to vote and if there is an astrological marker for an event that would lead to economic turmoil it’s a fucking grand cross with two generational influences in it, especially one that has Uranus in Aries square the  Moon in Cancer.  That is some emotional decision making.  (Did I mention you can vote in this if your 16? You can vote in this if you're 16.)  Pluto in Capricorn will inspire a desire for both independence and a longing for old cultural identity, Scotland has never been a contented member of the UK and has attempted rebellion or referendum repeatedly since the Redcoats defeated them.

So yeah, I am less convinced that a No vote is inevitable.  If Carney has a plan for Scottish Independence then it is entirely within the realm of possibilities.
Posted by Kdjshhskms at 3:30 PM