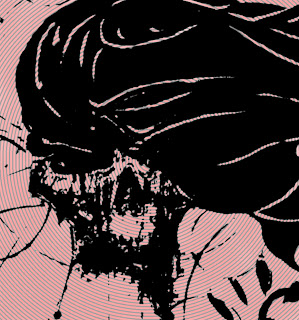 I was discussing Gordon’s most recent blog post with him over my coffee this morning, it’s a thought provoking read for those of you humble enough to always be looking to improve the efficacy of your practice.  Currently, we don’t talk much about the practice of compiling and utilizing alpha-numeric sigils but ten thousand years ago in 1992 it was a hotly debated form of magical technique.  It was hotly debated because it is a volatile methodology which is notorious for its spectacularly mixed results.  Often for newcomers they simply failed to work and when they did work it would often be in counter-productive ways.  Nonetheless, A.O. Spare style sigils (comprised of statements of magical intent) were a corner stone of IOT influenced chaos magic.

The idea traditionally being, that the subconscious is where the magic happens.  That efficiently communicating your desire to your unconscious mind is essentially dictating it to the universe.  The problem then arises (and is nicely fleshed out in the military research referenced in Gordon’s post) that alphabets and numerals are conscious affectations.  The unconscious can’t read and it doesn’t do math.  It works in metaphor and symbolism.  Spare (and later Carroll who formulated the IOT’s methodologies) theoretically circumvented this problem by taking the letters which comprised their magical statement of intent [I will work at the Porn Shop] and then created an abstract symbol out of them.  A sensible solution if a bit overly simplistic, some event was construed to ‘blank’ the conscious mind like orgasm or whatever and that was the bare bones of your ritual.

Ten thousand years ago when the interweb was the exclusive vehicle of the scientific intelligencia, used primarily to brainstorm assured mutual destruction scenarios as opposed to the akashic library of cat memes it is contemporarily.  I digress.

I think Gordon defeated these complications in two ways.  Firstly, ‘the Shoaling Technique’, (that link is a good jumping off point but he has several blog posts illuminating his thoughts on the technique) which he devised as a solution to those problems.  It is an elegant and simple solution that is predicated upon the associative function of the unconscious as opposed to at odds with it, almost as though he is teaching the unconscious the languages of consciousness through the vehicle of sympathy and association.  Secondly, he got real real high that one time (or ten) and saw past the two dimensions of time (also his hands were like two balloons) and that he couldn’t get his house key into the door lock because all divisions are in fact illusory (and also his hands were like two balloons).  Almost as though, he set about teaching the conscious the languages of the unconscious.  I think that the exploration of entheogens and the effective shoaling of sigils are distinct but codependent.  That the sigil among the shoal of sigils isn’t really an abstraction anymore but now a meaningful descriptive in a kind of pidgin language arising out of the interplay between the conscious and unconscious functions of the mind.

Thirty years of cognitive research and neuroscience has illustrated the naivety in reducing the phenomenon of consciousness into dualisms.  All of that interlocking machinery is always running, powering our little vessel about space/time.

I also suggested that there was an interesting validation of astrology as an oracular medium based on that whole observer/observed relationship that came to define the military research Gordon had highlighted in his blog.  I suggested that perhaps he had an oracle that could work on a more macrocosmic scale than the Tarot deck, to which he responded; ‘you’ll pry my cards from my cold dead hands’ and then called me a dirty ape and said he was leaving to go ‘get drunk in Fitzrovia’ which I think means travelling back in time?  I don’t know.  European wizards are so weird sometimes.

That got me to wondering though whether you could formulate a statement of intent out of tarot cards.  They are sort of like a shoal of encapsulated intentions.  They imply many but not innumerable possible dynamics.  They are also a sort of pidgin language.  The inclusion of a playing card in a hoodoo trick is not as common as it used to be but the practice is not unheard of and a great deal has been written within the western esoteric traditions about Tarot magic.  I think however that the pips from a contemporary playing card deck are much more loaded symbolisms.  Those hearts, spades, clubs and diamonds have so much more social relevance; they are routinely used to imply the mechanics of fate/chance/luck/cunning/daring/sex appeal in contemporary western media.  Has since the 1940’s.  I got to wondering what would happen if Gordon jammed a 3 of Hearts into the corner of his bizarro mirror, what about a 6 of diamonds?

Mostly these days, if I want to formulate a magical intent, I make a talisman of some sort.  Smells and textures and the work with my hands, the search for its components all seem to me the most efficient form of communication between the clumsy functions of my mind and existence.  When I want to listen to existence, like Gordon I turn cards (and/or cast Lots).  So I think I shall attempt to compose a pidgin of my own out of those components and see if that doesn’t turn a trick for me.  Really, go read those links.
Posted by Kdjshhskms at 11:45 AM