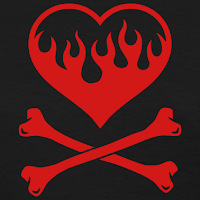 It’s been a while.  Strangers have grown impatient, introduced themselves and simply asked for more.  I felt very touched by those gestures.  I have been doing my very best to ride the ever-changing tides of late and it has not left me much time for retrospection.  Finally, here in the wake of late July’s retrograde stations I find myself possessed by the desire for just that.

“A moment for the Duchess, a moment for Venus in her furs.  The Queen is having her Jubilee; long may she lead us on our leashes of envy.  Daniel is dancing with his lions.  John the Baptist stares unblinking while Salome swims through see-through colors.”

I scribbled that down a week or two ago and then gave honors and offerings to Gamori, to whom I have looked for insight regarding the passage of Saturn through Libra.  She was defining the rules of succession to the throne of the Grand Mal and immortalizing her reign.  We shall not see a Queen quite like her in that throne for a good long while.  Interesting how, though I am talking about the passage of Saturn out of Libra and into Scorpio the language is directly evocative of the British Royal activities of late.  Obviously, still employing some excellent astrologers.  There is a sort of ominous reprehension about a King on the throne of England, after the awe has passed and it sinks in a little deeper that the old lady is giving up the chair to Charles.

Think about that for a minute.  Charles with his long skinny fingers wrapped about the Globus Cruciger.  All the more ominous when Britain begins working to consolidate its influence over the commonwealth satellites, a process you can expect to see beginning over the coming years starting with drawing the Commonwealth Heads of State into the Rights of Succession.  We will see the popularity and influence of Royalist thought increase markedly in concert with Saturn’s transiting into Scorpio.

More significantly the wizard who runs the Bank of Canada, Mark Carney is rumoured to be moving to head none other than the Bank of England itself.  Banking works VERY differently in many regards within the Commonwealth since everything is regulated by a central institution controlled ostensibly by the electorate but really belongs to the Royal family (democratically elected officials come and go but Her Majesty is forever .. don’t forget the whole ‘immortalizing her reign’ part,) allowing them to play a long game with the welfare of the national economy as its object rather than institutional profits.  Carney is the sole reason Canada has not regressed into the madness that is the American and European Union economies and quite suddenly I have realized one way he has done this is through careful co-ordination with the Heads of the other State controlled banks of the Commonwealth.  Why would Carney tie the Canadian currency to the EU or the American dollar when he could easily prop its value up by leaning against the Pound Sterling?

The madness that has been American and EU social policy is simply going to continue, probably get worse since Saturn in Scorpio and Pluto in Capricorn will both elicit proportional increases in nationalist politics and neither signature is terribly pre-occupied with assuring your personal secular freedoms.  While they both carry deeply sexual connotations the whole thing remains too self-centered to foreshadow meaningful sexual freedoms in the very near future.  Really, this is when the fight for sexual and reproductive self-determination will begin because you will cease to care whether or not your 'allowed' to act upon your desires  Watch for amazingly violent personal and civil outbursts whenever Mars passes through Capricorn, Aquarius or Scorpio and completes the malefic gangbang that is those three in mutual reception with each other.  Fear and sex will be used to control and influence in what I expect to be truly spectacular ways.  Watch the end of September – beginning of October for your first taste of that action when Mars ushers Saturn into Scorpio.

We shall also see the profundity of practical magic embraced meaningfully over the next two or three years, it’s just so obviously implied by those astrological markers.  The next few years will be a fun time for hoodoo and perverts alike (and extra fun for those of us who are both).  Certainly one of the most common questions I have been asked by those strangers I mentioned at the outset regarding hoodoo has been, “where do I begin?”  The answer is right here.  I’m in a book!  Not just any book either but alongside practitioners whose work I hold in tremendously high regard and who will no doubt make my incoherent rambling seem quite unbecoming.  Truly, I write what I feel or I don’t write at all and the Scarlets have filled me with feelings by including me among their wonderful authors.  So expect more rambles in the coming weeks!
Posted by Kdjshhskms at 12:55 PM